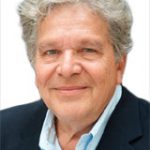 Medical doctor since 1973. First contact with homeopathy in 1970 thanks to Dr. Lincz, close to Schmidt and Kunzli, where he becomes a student. Practiced as a unicist homeopathic doctor in Paris since 1978. Currently teaches at INHF-Paris. Also taught at the Faculty of Medicine of Bobigny and the Faculty of Pharmacy of Montpellier.

He has always been passionate about clinical research and founded in 1986 the GEHU (Group of Studies of Homeopathy Unicist) of which he is the President. He participates or has participated in many international groups: Homeopathia Internationalis of which he was the Secretary General, Anastra who finalized the computer program CHIP, the group COCA, the group “clinical research” within the ECH (European Committee for Homeopathy). Finally, he is President for France of the LMHI (International Homeopathic Medical League).

His communications and publications are numerous. You will find them in Les Echos Liégeois, in the proceedings of the INHF-Paris, the Dauphiné-Savoie School, the CHF, the GIRI, the Entretiens de Monaco, the Ligue (LMHI), in the ” Thematic concepts “integrated into the RADAR computer program.

He continued a series of conferences within the “Rencontres de l’INHF” on Polychrestes.

He is the author of the popular book “The Choice of Homeopathy” (Denoël). He translated into French “Hahnemann and Homeopathy” by Harris Coulter (Homeoden).

He is the designer and director of the “Larousse de l’Homeopathie” (2000). He has just published “Homoeoportraits” and “What is unicist homeopathy?” (J. Lyon)

We are pleased to welcome you to the new site of the Unicist Homeopathy Study Group, also available on mobile.

Our publications under the heading WORKS are reserved for health professionals, having paid their annual subscription.